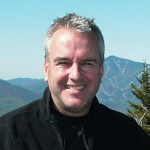 Success Rate – We have above 99.5% success rate lowering radon below 4 pCi/L in several hundred homes and businesses since 2007. The 0.5 percent of homes where radon levels were not reduced below 4 pCi/L was due to the homeowner(s) not wanting to proceed with the second phase of additional work that was required because they were satisfied with the level that was achieved very close to 4.0 specifically in a basement that was not a living area..

Reputation and a Warranty we back up – A lot of our radon mitigation experience and proprietary mitigation techniques were learned as we did tough jobs other companies turned down, such as old homes with dirt floors and crawl spaces. We have mitigated about 10 homes with radon levels above 100 pCi/L. We are refularly called on to remedy failed radon systems where other installers had given up because they were not able to reduce the radon to below 4.0 pCi/L. The vast majority of the radon systems we install reduce radon below 2 pCi/L and many to as low as zero. We guarantee radon results below 4 pCi/L and our radon mitigation systems have a 5 year parts and labor, transferable warranty. You can rest assured that we can fix your radon problems.

We’re Here When You Need Us – I might add I’ve been doing business and servicing our clients honoring our warranties in central New York since 1997. Dozens of other radon contractors have come and gone during that time, most were general contractors or home inspectors who did occasional jobs as an aside of their regular work. I’m only aware of one company in the area that has been doing radon mitigation longer, and they currently have no online reviews. Interestingly it seems their older reviews have been scrubbed away.

Radon Gas Can Get Trapped In Your Home. Informational radon video. 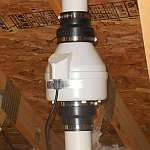 Mitigation Service Tailored to meet your need. Whether a real estate sale needing an economical system quickly installed, or old radon system needing repairs, if you prefer a concealed system or one designed to aesthetically blend in with the look of the home.  Over 14 years of radon mitigation system design and installation, attention to detail and care for your home, ensures you will get a highly effective, aesthetically pleasing system while keeping costs as low as possible. We back up our work with a transferable warranty and performance guarantee. See more on Our Radon Mitigation Systems.

Mission Statement: My goal is to provide great customer service and fine craftsmanship at an affordable price. I Guarantee to stand by my work. It’s my business to keep your family safe! 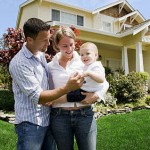 The Important Things You Should Know
• No one will take greater pride in their work than the business owner.
• I am the one to visit your home and design a system around your needs.
• I am the person who will show up on time and install the system as we discussed.
• A Best Radon Systems is a small business dedicated to offering the very best in workmanship and customer service.
• Rest assured I have above 99.5% success rate* lowering radon in many hundreds of homes.
• We are a family business serving central New York for over 20 years, installing many hundreds of radon mitigation systems since 2008 and you can count on us to be around in the future if you need us.
• A warranty is only as good as the company or person who issues it, we have a great warranty and warranty service.

* – 99.5% success rate – The 0.5 percent of homes we did not achieve radon level below 4 pCi/L was due to the homeowner(s) not wanting to proceed with the second phase of additional work that was required because they were satisfied with the level that was achieved very close to 4.0 specifically in a basement that was not a living area.

• All active systems installed will carry a 5-year guarantee  that average radon levels will remain below 4.0 pCi/l.

• All system radon fans have a 5-year factory warranty, most fans last well over 10 years.

• All other system components come with a 5-year warranty including – parts and labor.

• Upon sale of house, the guarantee and warranty automatically transfer to the new owners.

I don’t recommend shopping by price alone. I’ve inspected hundreds and repaired dozens of Central New York radon mitigation systems installed by other radon contractors and homeowners. Well above 10% of these systems have significant safety issues and more than 25% are improperly installed, using substandard materials. Unfortunately some of the most “experienced” radon contractors are those who cut corners to cut costs as much as possible and get the job done in the least amount of time. Most importantly you want a quality radon removal installation that safely reduces radon to a very low level.
Some of the safety defects I’ve found on improperly installed radon mitigation systems include: Fans installed in living areas, the use of inferior quality fans and pipe not designed for radon gas, improper and unsafe wiring or switching, vent pipes joined without glue, loose and leaking vent pipe joints, vent pipes that have become disconnected and fallen apart inside attics, walls and ceiling cavities, serious back draft of gas heating appliances causing carbon monoxide leakage into home due to improper air sealing on active fan mitigation systems.